by Angels VS Aliens 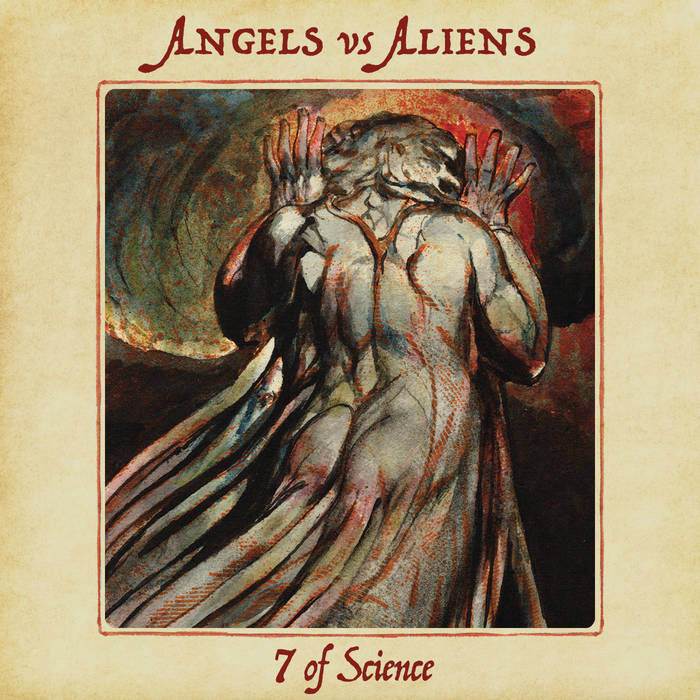 Full disclosure, yes, it is a bit bizarre to revisit an unfinished batch of songs from almost 20 years ago. As PJ and I discussed the probability of completing and finally releasing everything, the idea of bringing a degree of closure to this chapter of Angels vs Aliens began to intrigue us. From the days of 8-track analog recording in the basement, to the age of digital file sharing, it’s become easier to work at leisure over great distance. These songs were intended for a follow-up to Eleven Shades of Crimson, an album that was assembled before we had gelled as a band “proper,” and became live staples during a period where we were finding our collective voice. At the time, we had completed three heavier songs and three oddball songs, which we didn’t feel would make for a cohesive album. A period of writing together as a band would be needed if we were to finish, however, that time wouldn’t come for AvsA. Everyone decided that it was time to move on to other projects, and the original demos were relegated to a box that would move from house to house. Through his tireless archiving, PJ was able to transfer everything to digital, ensuring that the demos would live on in iPods and playlists that would pop-up from time to time. During one of our “what if” discussions, we decided to finally finish the project in a proper way.

“Thank you very much, we were Angels VS Aliens. Have a good life.”