by The Colloquial Orchestra 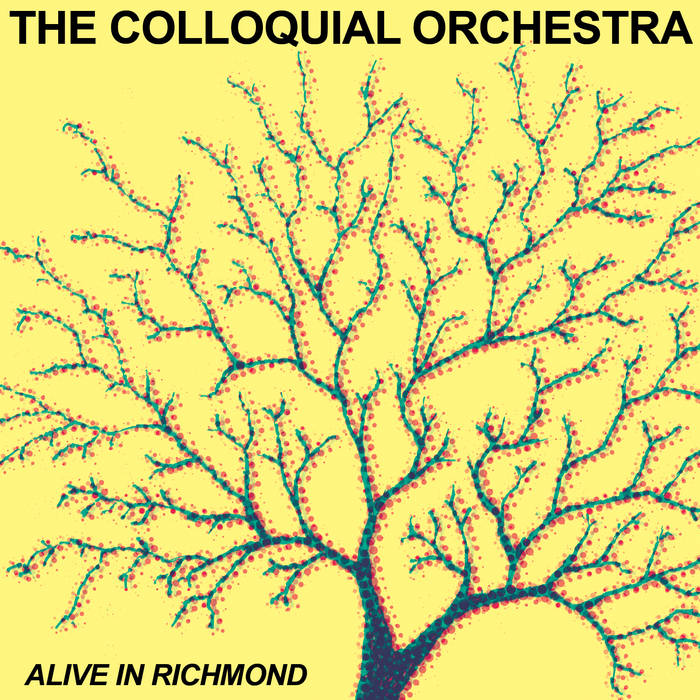 Cherub Records proudly presents an archival release of Richmond, Virginia's ever changing experimental improvisational ensemble, The Colloquial Orchestra. "Alive in Richmond" showcases the evolution of our music and arts community between the fall of 2009 and winter 2014. We think you'll find this digital collection an interesting document of time and sound.

From the quiet sounds of The Listening Room era, The Colloquial Orchestra was born with mostly acoustic strings. As the collective slowly introduced new members with different instruments and musical backgrounds, the group transformed into more funky-experimental Arkestra-esk territory. Finally, as the scene around them became louder so did TCO. A surround sound set (audience in the middle) was more akin to Explosions In The Sky with the final recording echoing the great GY!BE with a wall of electric guitars and two full drum sets.

For this show TCO lined the walls and the audience sat in the middle of the room. This set up provided a surround sound feel that would be unique to each person. Because of this, the recording will give you only one such perspective. (Some instruments will sound closer than others.) The squeaking sounds are people shifting in plastic chairs above the recorder.

"Best surround sound set: Colloquial Orchestra's dynamic smorgasbord of eight musicians placed around the room and following the lead of the amazingly talented Dave Watkins on electric dulcitar.
The 27-minute improvised piece featured some of my favorite people, including Adam of Marionette, Matt of Snowy Owls and PJ, a guy who changes from mild-mannered photographer to beast of a guitar god when he has an instrument in his hand.
Also of note was Brandon, who entered the fray late in the game, setting up a drum and taking over percussion duties a bit after the set had begun." - Karen