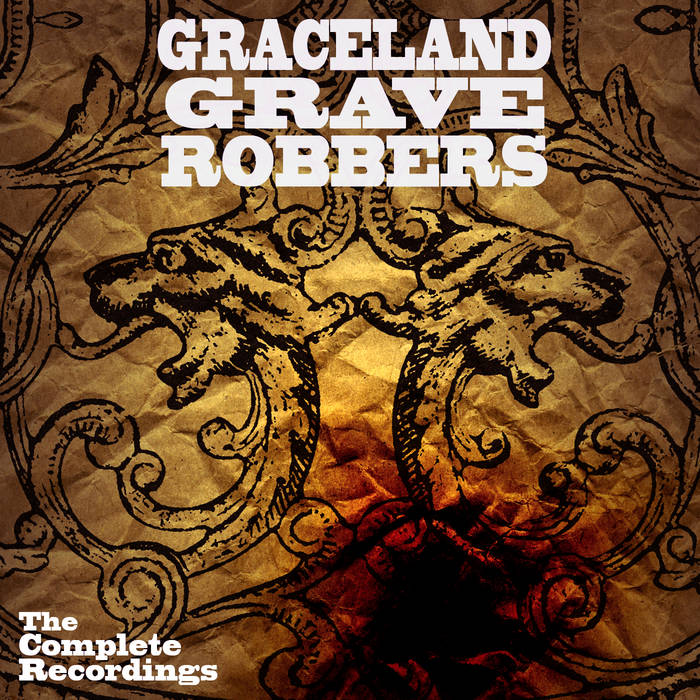 The short lived Graceland Grave Robbers only spent a few months playing shows and recording songs. Members Noah Page, Nick Coward and PJ Sykes knew each other from growing up in the Lynchburg, VA music scene. One night in a Richmond bar they all ran into each other and started this band on a dare.

"Emerging from a sea of chaos, funk, and
genre cross-pollination, Noah Page has
unleashed his true musical genius.
Sharing a new, humble, southern rock
influenced existence with the likes of
masterful song spinner Nick Coward and
mythical guitar virtuoso P.J. Sykes, his
barren voice shakes salt over the
wasteland of our modern world in order
to make it better resemble his own pain.
He chains us against terrifyingly earnest
blues rock that seems to dig itself from
the grave of Robert Johnson and to chop
down your back door with an axe. The trio
then laments their fates as derelicts and
nogoodnics on Coward's redressed
mountain man lullabies. But they do not
repent their sins, only remark on their
broken dreams and bones as if these
things were merely inaccurate forecasts
by some heavenly weatherman."
- J Solomon (2007)